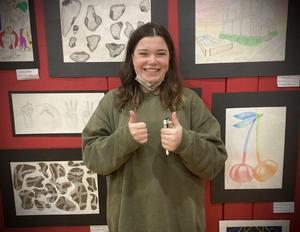 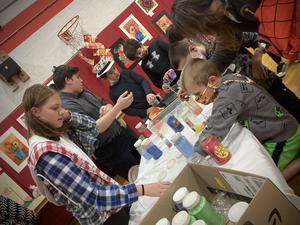 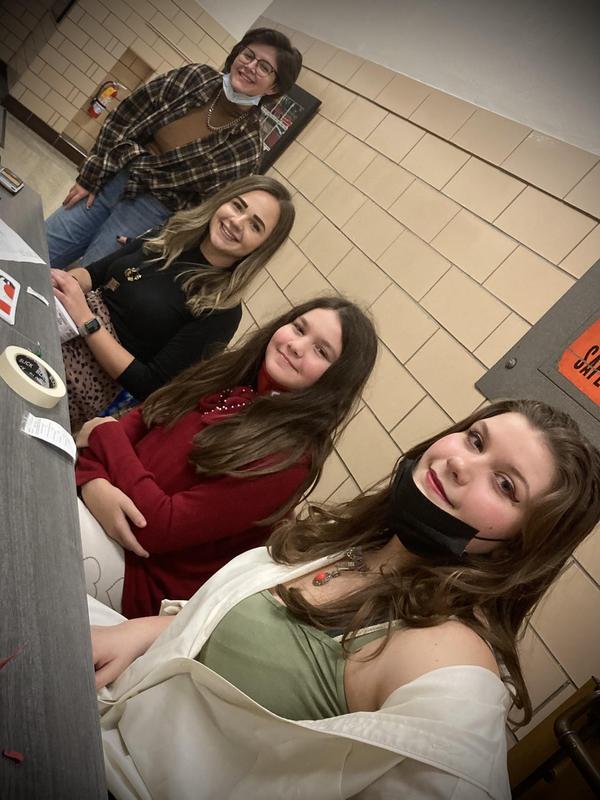 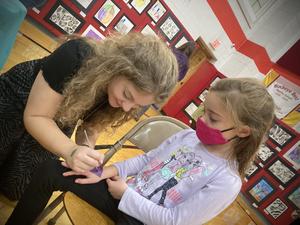 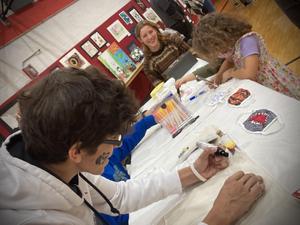 Patrons enjoy student artwork and learn about the need to protect the environment.
Promoters of the district Art Show initially hoped to raise about $500 to benefit the environment.  However, the turnout was so strong that ultimately $941.25 was sent to the World Wildlife Fund,
“The amount of volunteers we had was amazing and I’m so appreciative of the help that they give towards making this a reality,” said high school senior Holden Taylor, one of the promoters.  “I’m extremely thankful to everyone who came and supported the event and I’m very happy how it turned out.”
Assisting Taylor were classmates Lily Frank, Demitria Tsonton, and Brady Pinter. The students worked with district art teachers John Shafer, Halle McPherson, and Kelly Orlando to coordinate the event.  The show was held on November 12 in the Cuyahoga Heights Elementary School gymnasium.
Approximately 150 patrons donated $3 each to stroll among the 100+ entries submitted by students at all grade levels. Each admission earned the patron three tickets to vote for one of four environmental organizations of their choosing.  In the end, the WWF earned the most votes and was the winning recipient of the funds raised.  In addition to the show, there were craft tables for youngsters, and for a $1 donation, students could participate in face painting/temporary tattoos and create sand art.
While they enjoyed strolling and viewing the artwork, the attendees also learned about conservation. “I believe a lot of people learned about the ways that we can contribute toward protecting our planet,” noted Holden.
The event also earned the Art Club r $338 from the sale of bottled water and baked goods. The funds will be used to promote the club’s activities.
Print