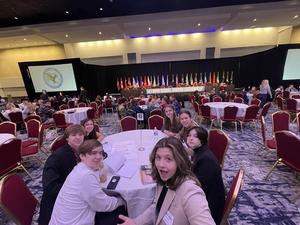 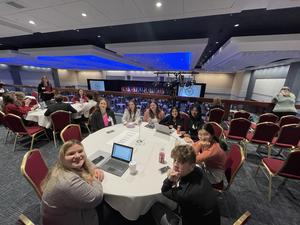 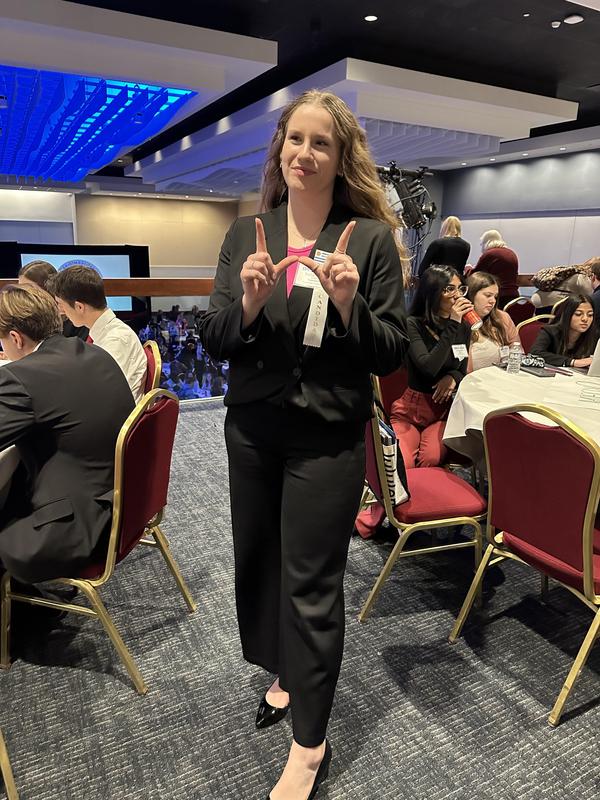 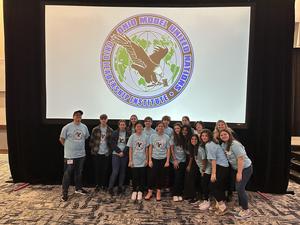 They represent Uruguay and Iraq at Ohio Conference.

For this event, students took on the role of a country and wrote resolutions to address a national or international problem. CHHS represented Uruguay and Iraq. To prepare for their roles, the students (three freshmen, 10 sophomores and a junior and senior each) first read resolutions from previous conference manuals and then researched their assigned country's history, geography, people, and national issues. They identified one of their country's issues and determined if it was a larger international issue that affects multiple countries/regions. They then wrote a resolution that described the issue and how they would like it resolved. The students began by meeting once a week and as the conference drew near, they met nearly every day to create, polish and practice their speeches to introduce their resolution and review the debate procedure. Delegates could either give speeches in favor or opposition to proposed resolutions.

Among the highlights of the event, senior Urja Chauhan and sophomore Ava Kmetz won the School Leadership Awards. Junior, Sophia Winslow successfully ran for an Ohio Leadership Institute State Office and will be a Council Session President at next year's conference.  Among her many responsibilities, one of the most important will be running a session where resolutions are first read, debated, and voted upon.

"Students, who attend the program, benefit by becoming more conscientious, concerned, and confident citizens of the world,” noted Kosovich. “They become more aware of the role of the United States in world affairs and learn to appreciate cultural diversity, world dynamics, and how to participate as a citizen in a global economy.”

According to Kosovich, who was the United Nations team  advisor at Brecksville-Broadview Heights for eight years prior to joining Cuyahoga Heights Schools, numerous students have used the program as a springboard to study international relations, international business, international affairs, or other cultural and international programs in college and abroad. “Many students have received scholarships and fellowships because of participating in the program," he said. “We were impressed with our students' eagerness to join the debate, learn how the conference works, and exhibit overall. The CHS participants thoroughly enjoyed themselves and are already excited to work on next year's resolutions.”